Following the decision in Thaler v Commissioner of Patents that an AI system DABUS can be named an inventor for a patent application, it would appear that Australia is one of only two countries where this has been deemed allowable, the other being South Africa.

The rationale for such a position in Australia can be contrasted with that in two other prominent patent markets, the US and the UK.

It appears that Australia has taken a flexible interpretation of ‘inventor’ under the Patents Act. In Thaler v Commissioner of Patents [2021] FCA 879, Justice Beach arrived at the conclusion that an AI system could be listed as an inventor on a number of grounds. Firstly, it was stated “Only a human or other legal person can be an owner, controller or patentee … [b]ut it is a fallacy to argue from this that an inventor can only be a human” [1].

Justice Beach went on to note that words are dynamic in nature, and their meaning is liable to change with the times. Specifically, Justice Beach stated that “much of the Commissioner’s argument descended into dictionary definitions of ‘inventor’. But more is required of me than mere resort to old millennium usages of that word” [2]. The Court therefore needed to “grapple with the underlying idea, recognising the evolving nature of patentable inventions and their creators. We are both created and create. Why cannot our own creations also create?”

In his decision, Justice Beach noted that there is nothing in the Patents Act that goes against the proposition that AI system can be an inventor and thus concluded that an AI system can be listed as an inventor. This was in contrast with the Commissioner’s reasoning that the ordinary meaning of “inventor” as per dictionary definitions, was inherently human.

Justice Beach seems to have taken an approach consistent with the need for interpretation to change over time as circumstances change.

In early September 2021, a US Federal District Court issued the first judicial decision addressing whether an AI system can be an inventor under US patent law. The decision in Thaler v. Hirshfeld, involved an appeal of a USPTO decision refusing to allow two of Dr Thaler’s patent applications to proceed based on the fact that an AI machine was listed as the inventor.

In contrast with Australia, an inventor is defined in the US Patent Act, as someone who “invented or discovered the subject matter of the invention”. So, while an Applicant might not be able to name the AI system as an inventor or co-inventor, the Applicant can still obtain a patent by listing the human(s) who discovered the AI system’s output, recognising and appreciating its value.

In Thaler v. Hirshfeld, the meaning of the word ‘inventor’ and the term ‘individual’ were discussed in detail with the Court arriving at the conclusion that an ‘inventor’ can only be a natural person.

Whether an AI machine can be an ‘inventor’ turned on the plain meaning of the statutory terms ‘inventor’ and ‘individual’ as discussed in detail in Thaler v. Hirshfeld, where it was stated that among other things “Congress’s use of the term “individual” in the Patent Act strengthens the conclusion that an “inventor” must be a natural person“.

The Court in Thaler v. Hirshfeld also relied on the US Supreme Court’s recent statutory construction analysis regarding Congress’s use of the term ‘individual’ in the Torture Victim Protection Act, ultimately concluding that “[t]he ordinary meaning of the word, fortified by its statutory context, referred to a ‘natural person’”.[3]

There was also emphasis placed on the fact that Congress provided “that in executing the oath or declaration accompanying a patent application the inventor must include a statement that such individual believes himself or herself to be the original inventor or an original joint inventor of a claimed invention in the application” (35 U.S.C. S 115(b)(2)) [emphasis added], once again supporting the fact that an inventor under the US Patent Act must be a natural person.

Interestingly, in 2011 when the current America Invents Act amendments were made to the US Patents Act, an explicit definition for inventor was included as “the individual, or, if a joint invention, the individuals collectively who invented or discovered the subject matter of the invention.” further clarifying that an inventor must be a natural person under the US Patent Act.[4]

In September 2021, the UK Court of Appeal, by a majority ruling held that an AI system cannot be named as an inventor on a patent application.

Key to the issue under the UK Patents Act is s 13(2), which requires the Applicant to state the person or persons who they believe are the inventor or inventors.

The majority however took the view that it is implicit in the wording of s 13(2) “that only persons can be inventors”. Thus, DABUS failed to qualify as an inventor because it is not a person. Lord Justice Arnold said that the court was bound to “apply the law of the United Kingdom … as it presently stands”.

It is clear, based on this UK decision, that if an AI system is to be listed as the inventor on a patent application in the UK, a change of legislation will be required. In this regard, the UKIPO has plans to open a consultation on potential changes to the Patents Act 1977 (UK) to allow AI generated inventions to be patented. 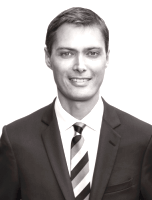