A recent interlocutory decision[1] of Justice Beach has considered the various ways to accelerate litigation through use of strike out motions, summary dismissal and expedited trial.

The decision also provides important guidance on the Court’s approach to the increasingly potent ground of best method as a means of attacking patents and some insights for pharmaceuticals on ‘clearing the way for generic pharmaceutical market entry’.

Celgene Corporation (Celgene) is the patentee of the term extended Australian patent 715779 (‘779) and several related method of treatment patents.

In order to clear the way for the future launch of their generic pharmaceutical products, Juno Pharmaceuticals Pty Ltd and Natco Pharma Limited (Juno) brought a revocation action against relevant ‘compound’ claims of the ‘779 patent on the grounds of failure to disclose the best method, lack of inventive step and false suggestion. Celgene cross-claimed for infringement.

This decision follows a number of interlocutory applications filed by the parties, most relevantly an application by Celgene for summary dismissal of Juno’s invalidity attack concerning the alleged failure to disclose the best method and false suggestion. Although Celgene was unsuccessful, the decision provides some useful information on how the Courts will assess a best method attack and the court’s willingness to expedite proceedings.

The ‘compound’ claims of ‘779 relate to a Markush formula, and one of the 18,000 compounds in their scope is the pharmaceutical ‘lenalidomide’. This patent also contains claims to methods of reducing undesirable levels of tumor necrosis factor-α (TNFα). TNFα is a cell signalling protein implicated in mediating many physiological conditions.

The ‘779 patent had been successfully extended by the maximum five year term open to users of the Australian patent system who have encountered a delay in obtaining regulatory approval.

In order to fast track regulatory approval by piggybacking on an innovator’s clinical trial data, a generic must show that their competing product is ‘bioequivalent’ and declare that that their product does not infringe any existing patents. This is the driver for generics seeking to clear the way for launch.

On the flip side, an innovator’s motivation to stave off generic entry is explained by the fact that the first generic registration of a given pharmaceutical triggers a price reduction by the PBS and of course, a loss of market share.

A specification in Australia must “…disclose the best method known to the applicant of performing the invention.[4]”

Although, long a requirement under Australian patent law, an invalidity attack for failure to disclose the best method has been gaining momentum in recent times, particularly amongst generic and biosimilar companies because of its potential to render whole patents invalid.[5]

The Characterisation of “the Invention” is Key

An assessment of whether a specification discloses the best method necessarily involves ascertaining what ‘the invention’ is, a process which goes beyond simply looking at the claims.

In this instance, the parties’ competing claim constructions and how those constructions related to characterising the “boundaries and content of the invention” was key.[6]

Juno asserted the invention could be characterised as non-polypeptide compounds that, when administered decrease TNFα levels[7], such that the best method requirement could only be met by a disclosure of which of the compounds were known to ‘most effectively’ decrease levels of TNFα.

Celgene asserted that the invention resided in a newly discovered class of non-polypeptide compounds, one of which is lenalidomide and that the ‘best method’ is satisfied by the specification and knowledge of the skilled person of how to make it.[8]

Clearly, establishing the best method of making a pharmaceutical that bears more than a passing resemblance to infamous drug thalidomide, which has been made en mass since the 1950s, is a less arduous a task than having to show which compound was known to the patentee to be the most active.[9] There is some tension in Celgene’s position in that although no features of the compound claims relate to TNFα activity, the ‘promise’ statements in the ‘799 patent do suggest that this is the ultimate aim of the invention.[10]

At this juncture at least, Celgene’s position seems to be the stronger one – his Honour stating it was strongly arguable that the claims are directed to the ‘compounds simpliciter’, and agreeing that no integers of the claims related to the reduction of levels of TNFα.

Although Juno’s position may be based on a problematic construction of the invention[11], the decision is yet another reminder that the best method requirement is a uniquely onerous one in Australia. It requires keen attention when asserting and defending rights and may be burdensome for patent owners and lead to onerous discovery obligations.

Notably, although Juno was unsuccessful in its own application to strike out parts of the cross-claim for infringement, it was successful in seeking an expedited trial of the invalidity challenge in order to clear the way for its launch if ultimately successful. The trial is to be set down in August of this year, with his Honour to deliver judgment within a month. The decision provides a good indication that the court is increasingly willing to expedite proceedings launched by generic pharmaceuticals to ‘clear the way’.

[2] An exception is that methods of making pharmaceuticals by recombinant technologies are eligible for term extension. 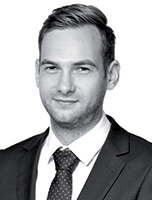 James has had a longstanding interest in IP after stints working in academic and industrial settings.  He enjoys interacting with inventors to aid them in finding success in their commercial journey.  He has experience in drafting, advising on, and prosecuting patents over a wide scope of technologies in Australia, New Zealand, Europe and at the USPTO.  He has further experience in managing a large patent portfolio throughout South East Asia.  He has a general enthusiasm for all things science with a particular emphasis in chemical and medicinal inventions.