A recent decision of the Australian Patent Office[1] exemplified a set of circumstances which failed to satisfy the extension of time provisions under section 223 of the Australian Patents Act. This Decision highlights the importance of formulating evidence so as to demonstrate the occurrence of the error or omission at the relevant time, lest the circumstances be framed as hindsight realisations which will not be awarded an extension of time.

Background
Reference is made to the patent family diagram, illustrated below. The Applicant of the section 223 request had been unable to achieve acceptance in Australian application 2016200401 following one of the Applicant’s own US patent applications, termed ‘Rummer’, having been cited as prior art.

Arguments
It was argued that the ‘253 application’s grandparent, AU 2013202357, could have and should have been amended to claim divisional status to the ‘401 application (indicated by the dashed pink arrow), when Rummer was first cited as prior art in mid-2013. The relevant error or omission was attributed to the previous US Attorney for not instructing such an amendment. This error or omission led to the parent and grandparent of the ‘253 application not timely claiming divisional status from the ‘401 application.

The Applicant also pointed to a failed attempt by the previous US Attorney in 2013 to claim priority to US application 13/766454, a CIP of Rummer, in the PCT application associated with the ‘357 application. This demonstrated a clear intention for the ‘357 family to maintain priority to Rummer, notwithstanding the attempt being invalid. This failure caused a subsequent omission in not claiming priority to the ‘401 application. Had the Applicant been aware of the error, they would have instructed the appropriate amendment to claim divisional status.

The Delegate noted that the Applicant was aware of Rummer since mid-2013 yet no action was taken until February 2018, with the filing of the ‘253 divisional. This was inconsistent with the declared intention to amend the ‘357 application at the time. In the Delegate’s view, the evidence suggested a hindsight realisation that Rummer could be avoided as prior art with the establishment of divisional status. The argument was then formulated that an “error or omission” led to an unintentionally delayed priority claim.

The Delegate acknowledged that the failed attempt to claim priority to Rummer via US13/766454 could have logically resulted in an attempt to rectify the situation, had the Applicant been made aware. However, it was nonetheless unclear why the Applicant remained unaware of the invalid priority until 2018. The US Attorney’s Instructor was involved in the patent family since its conception. The evidence did not provide a full and frank disclosure or explanation of the circumstances under which the priority issue had been overlooked by the previous US Attorney and by the Instructor.

In the Delegate’s view, it was more likely that the priority realisation was formed with the benefit of hindsight. Consequently, the Delegate was not satisfied that the failure to perform the relevant action (at the time of the failure) was due to an error or omission. 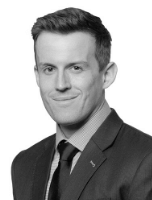