The infringement case in Nichia Corporation v Arrow Electronics Australia Pty Ltd (No. 4) [2017] FCA 864 turned on the meaning of ‘contains’ and illustrates the importance of such terms in claim construction under Australian practice.

Background
Nichia is the patentee of Patent No. 720234 filed on 29 July 1997 in relation to a light emitting device (Patent). Nichia sued Arrow for infringement of claim 3 (dependent on claim 1) with regards to LED products manufactured in Taiwan, and imported/sold by Arrow in Australia. Arrow counterclaimed seeking revocation of the Patent on various grounds including obviousness. The specification describes a light emitting diode comprising a phosphor which converts the wavelength of light emitted by a light emitting component, and emits white light.

Earlier proceedings
In 2014, Nichia sought an injunction to restrain Arrow from infringement of its Patent.1 It was found that as the selection of Lu, Sc and In (recited in claim 1) was not disclosed in the priority documents, claim 1 defined multiple forms of the invention and was attributed multiple priority dates. Claim 3 defined a specific fluorescent material that did not include Lu, Sc and In, and was entitled to the earliest priority date of 29 July 1996.

His Honour referred to the specification which listed requirements including high luminescence, low light intensity deterioration, and light emission efficiency in order to achieve an ‘object’ of the invention. Although these requirements were described as preferred, his Honour concluded that they should be considered essential features. Interestingly, it was noted that:

Conclusion
When adapting foreign specifications to Australian practice, it is common to include express definitions or terms like ‘comprising’ to reduce the risk of the claimed integers being interpreted in an exhaustive sense. However, as this case illustrates, the construction of a claim will ultimately be considered in light of the specification as a whole. It can therefore be useful to describe alternative embodiments of the invention, which may not necessarily embody the commercial product, to support a broader scope of protection. A Notice of Appeal was filed on 19 September 2017. 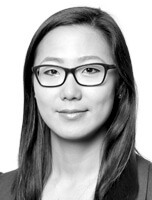