In the rush to file a trade mark application, it is important not to overlook the issue of copyright ownership where a mark includes an artistic work such as a logo.

In Mia Nathan-Joyce[1], the Assistant Commissioner upheld the trade mark examiner’s objection to registration of a logo trade mark on the basis that its use would be contrary to New Zealand law under s.17(1)(b) of the Trade Marks Act.  In particular, it was asserted that registration and use of the mark would infringe copyright.   The trade mark in question featured the words ‘LOVE SOUP’ in a love heart atop a cup bearing the words ‘FEED THE NEED’ (LOVE SOUP Logo).

Objection was raised to its registration, as the examiner was aware of a later filed trade mark application for an identical mark to the LOVE SOUP Logo mark in the name of Julie Anne King.  King had asserted ownership of copyright in the LOVE SOUP Logo and had filed evidence that she had commissioned and paid for the design of the mark.  The examiner considered King’s evidence established she was the LOVE SOUP Logo copyright owner pursuant to s.21(3) of the Copyright Act.  This section provides an exception to the rule that the person who is the author of a work is the first owner of copyright in the work.  It provides that where a person commissions, and pays or agrees to pay for a work such as a logo to be created,  that person is the first owner of copyright.  The law relating to ownership of commissioned artistic works is somewhat different in Australia.  In the case of a photo taken for private or domestic purposes or paintings or drawings of a portrait, the person who commissioned the work will be the copyright owner.  However, for other types of artistic works such as logos the author will be the owner or copyright unless there is a written agreement to the contrary.  Typically, the person commissioning the work will have the right to use it for the purpose it was commissioned for.

The fact King’s evidence established she was the copyright owner was sufficient to raise a serious question as to whether the application for and use of the LOVE SOUP (logo) by Nathan-Joyce infringed copyright.

In response to the examiner’s objection, Nathan-Joyce provided a declaration claiming: “… I own and prepared this WORK – ‘LOVE SOUP’ and it’s trade mark.”  She also referred to an extract from Love Soup’s Facebook page showing the LOVE SOUP Logo and stated that the design was not commissioned by anyone and that she was seeking to trade mark it.  The examiner did not consider this evidence sufficient to establish Nathan-Joyce’s copyright ownership but considered it was evidence that she became aware of the design after it was created and published on the Facebook page.   Thus, the objection to registration was maintained.

Nathan-Joyce sought a hearing to overturn this decision but was unable to establish her rights in the LOVE SOUP (Logo) nor that on the balance of probabilities the application for and use of the trade mark would not infringe copyright.

In affirming the examiner’s refusal to register the mark, the Assistant Commissioner noted that raising an objection based on issues of potential copyright infringement was rare during examination since an examiner generally does not have information about copyright ownership. However, in this case, it was considered appropriate.

Where trade mark applications include artistic works such as logos that are protected under copyright legislation, applicants should ensure they are the owner of copyright in the work or at least have authorisation from the owner to apply for and use the logo mark or other artistic work.

If you’re uncertain as to whether you own copyright in your logo mark or require advice as to how to secure ownership of copyright, please contact us for further advice. 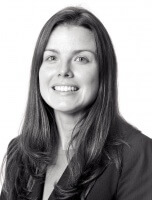