The law relating to the patentability of computer-implemented inventions is beginning to look settled in Australia following Commissioner of Patents v Rokt Pte Ltd (Rokt)[1].

The Full Federal Court in Rokt has reversed a curious decision of the primary judge in favour of a digital advertising method being patentable subject matter. In upholding the Commissioner’s appeal, the Full Federal Court affirms the law on the patentability of computer-implemented inventions as being largely settled by the decisions in Encompass Corporation, RPL Central and Research Affiliates.

To arrive at this finding, the primary judge was swayed by expert evidence provided by Rokt on the state of the art of computers at the priority date.  However, the Full Federal Court, however, strongly disagreed with this approach of assessing patentable subject matter and with the finding. The use of expert evidence in assessing patentable subject matter is a practice that we are still seeing at the Patent Office, but it is not routine practice before the Courts.  Thankfully, it is unlikely that we will continue to see this practice before the Courts.  The Full Federal Court confirmed that the role of expert evidence in construing the patent specification and the claims should be limited.  Moreover, the assessment of the characterisation of the invention was said to be a matter of law.

This decision will not change the current overarching practice of the Patent Office in assessing the patentability of computer-implemented inventions.  The claimed invention in substance will still need to lie in the implementation of computer technology and not in the business-related idea to be patentable. However, this decision may change the current practice of the Patent Office in assessing the substance of the claimed invention in the context of the specification as a whole and the relevant common general knowledge and the prior art.  We hope that the Patent Office will now give less weight to considerations of the common general knowledge and prior art when assessing patentable subject matter.

As a result, we consider that providing detailed information, when drafting the description and claims of the patent specification about how the invention is implemented by the computer technology, is likely to be even more important now to support an argument for patentable subject matter. We will keep you updated on developments regarding any changes of practice at the Patent Office.

In the meantime, if you have any questions about the patentability of computer-implemented inventions in Australia, please contact Raffaele Calabrese at raffaele.calabrese@pof.com.au 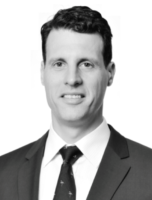 Raffaele is a registered Australian and New Zealand Patent and Trade Marks Attorney with over 17 years of experience in protecting intellectual property rights. He specialises in protecting inventions relating to ICT, software and engineering.