The first Australian Trade Marks Act (1905) commenced on 2 July 1906.  Prior to this date the youthful Australia had a series of state based registration systems for trade marks, which were effectively superceded by this Commonwealth Act.

It was the first filed Australian trade mark on 02 July 1906 and is surprisingly still registered!  Looking back at the historical records in the “Australian Official Journal of Trade Marks” from Vol. 1, No. 1, 24th August 1906, we see the original application was filed in the name of “Charles Edward Fulford” trading as “The Peps Pastille Co.” of Leeds, England.

The current owner is Fisons PLC from Leicestershire in the United Kingdom.  The mark is registered in Class 5 for “Chemical substances prepared for use in medicine and pharmacy”.  We know that Fisons PLC was a business established in the United Kingdom in 1843 and reportedly was one of the first to manufacture “superphosphate”.  It was incorporated in 1895 as “Edward Packard and Company Ltd”, not changing its name to “Fisons Ltd” until around 1942.  It is unclear when Fisons PLC acquired the “PEPS” trade mark.

The PEPS Pill Tins which bore the trade mark can still be found in collections.

We can see from the newspapers of the era that PEPS was a trade mark in use.  The Queanbeyan Age (NSW) of Friday 12 June 1908 ran an “infomercial” on PEPS:

Most people have only too good reason to dread to rapid approach of winter, with its fog and frost, cutting winds and clammy atmosphere. Most of us have suffered from bad colds, winter coughs, tender throats, or sore chests, to say nothing of the fear of pleurisy, pneumonia, chronic bronchitis, and Asthma.

Peps, the wonderful medicine com pressed in solid tablet form, have robbed winter of all these terrors. Peps are not only a safe cure for all throat and chest ailments, but a certain safeguard against all those colds and chills which are the gateway of all throat and chest troubles. With a box of Peps always handy you may defy coughs, colds, and bronchitis, even in the worst weather.

You take a Peps tablet out of the silver jacket in which it is sealed, and place it on the tongue. As the tablet 4issolves, powerful healing, strengthening, and germ-producing fumes arise, and are breathed direct into the bronchial tubes and lungs. In this unique fashion the throat and chest are cleared of phlegmn and other impurities, lurking germs of disease ate destroyed, the membranes, injured and inflamed by incessant coughing, are soothed and healed, and all the breathing passages are strengthened and toned-up.

The uselessness of liquid remedies for lung troubles is obvious to all, since it is quite impossible to SWALLOW a liquid into the lungs, or even into the voice box. All liquids pass straight into the stomach, and most old-fashioned cough mixtures and cough cures are dangerously loaded with opium, chloral, morphia, and other narcotics and sedatives. Peps are entirely free from these abominable drugs, and are safe alike for young arid old. The Peps method of compressing a BREATHABLE medicine into solid tablet form is the latest triumph of modern chemistry, and has realised the aim of many great specialists in throat and lung troubles. Peps are sold in 1/6 and 3s boxes by chemists and stores, or post free front the Peps Pastille Co., Sydney, for same prices.

Similarly, we can see another “infomercial” from “The Sydney Mail” of 11 August 1909.

Can you still buy “PEPS” and “refuse” those “worthless substitutes”? Unfortunately, it doesn’t appear that you can.  The exception it would seem being looking for the collector PEPS containers. 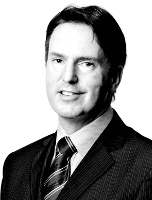 Rodney is the Manager and Team Coordinator of IP Organisers Pty Ltd. He is also a Partner of Phillips Ormonde Fitzpatrick.