An innovation patent requires a lower level of innovation than the standard patent and provides an eight-year monopoly and equal remedies to a standard patent. Despite the low requirement for validity, innovation patents provide a very powerful tool for patent owners. This arises because challenges to the validity of a patent are often made to avoid a finding of patent infringement. That is, if the infringer can successfully show a patent to be invalid, then the patent becomes unenforceable. For standard patents, an infringer will often look for close prior art and then argue that the step from the prior art to the patented invention is obvious, so that the invention lacks an inventive step. However, for innovation patents, this argument is not applicable. In practice, it is generally necessary for the infringer to find prior art that is more than just close, it needs to be a direct knock-out. Prior art of this kind is usually far more difficult to locate making certified innovation patents an affordable, under-appreciated and powerful tool against an infringer. A discussion of the benefits of Innovation patents can be found here.

As a result of its response, the Government will seek legislative amendments to the Patents Act 1990 to abolish the innovation patent system, with appropriate arrangements to maintain existing rights. The Government will continue to explore more direct mechanisms to better assist small and medium enterprises to understand and leverage their IP, secure and utilise IP Rights and access affordable enforcement.

More information on the Australian Government’s response can be found here. 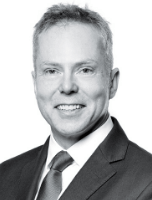