Home Inspired - The POF blog'Archetypical' reaction to Meghan and Harry’s…

Meghan Markle and Prince Harry’s company, Archewell Audio LLC, has filed a trade mark application for the word ‘ARCHETYPES’ in relation to the podcast that they have been paid to produce by Spotify. The Media, in what seems to be a typical fashion in relation to the ex-Royals, have succeeded in drumming up outrage in relation to what is actually a very common business practice.

Some Twitter users have reacted angrily to a Daily Mail headline that proclaims: “Now Meghan tries to trademark the word ‘archetypes’: Duchess bids to stop anyone else using the word -which first appeared in the English language 470 years ago – after deciding to use it for the title of her Spotify podcast”. The headline and the Twitter reactions show a clear misunderstanding of how trade marks actually work.

In Australia, (and in the USA, where Archewell Audio’s application has been filed), trade marks can be granted for any word, newly created, ancient or in-between, provided that the word is capable of distinguishing the claimed goods or services from those of other traders. The Trade Marks Office and the courts are quick to prevent anyone trying to “fence the commons” of the English language so as to prevent the use of normal, descriptive terms by trade competitors. However, provided an existing word does not describe particular goods or services, and it is not likely that another trader would wish to use the mark for their own similar goods or services, a mark will potentially be registrable.

There are many examples of known words being used as registered trade marks. For example:

Whether ‘ARCHETYPES’ is considered descriptive of any of the goods or services covered by the Archewell Audio application remains to be seen. This will be determined by an examiner in the US Trademarks Office, who will also consider whether the mark is too close to any prior registrations, before either rejecting or accepting the application for registration. If accepted, the application will then be open to opposition by other traders who may be affected by the registration. Either way, no one will be stopped from using ARCHETYPES, except perhaps if they wanted to use it in the course of trade in relation to a narrow range of services such as “a podcast series in the fields of cultural treatment of women and stereotypes facing women”. That doesn’t seem very likely. 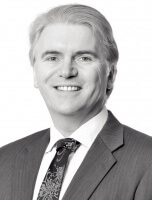