Under Section 18(1) of the Design Act 2003 (Cth), a design is only registerable if it is new and distinctive when compared to the prior art base for the design as it existed before the priority date. This section, when read in conjunction with Section 18(2), effectively means that if a designer has publicly released a design in Australia, they can no longer register it because it forms part of “the prior art base”.

A problem with this is a designer cannot test how a design is received by the market without incurring the expense of registration. However, as K2 Office Pty Ltd and Adelaide Tooling Pty Ltd v Justin Peter Brown[i] shows, as tempting as it may be, the results of making a few sales before registering a design can ultimately lead to the loss of any design rights you may eventually acquire.

In the above case, a design for a chair mechanism (pictured below) was filed by the owner. The design was duly examined and a certificate of examination was issued. As permitted under Section 63 of the Act, two parties jointly requested re-examination of the design. The design was examined again and no grounds for revocation were found. The two parties then requested an oral hearing in respect of the examination, where several exhibits were provided, including photos and various declarations that the chair mechanism had been sold and used before the priority date. The hearing officer was satisfied, based on the photos and sales, that a ground of revocation had been made out and the design was revoked.

The case serves as a timely reminder that it is often an Applicant’s own prior art that can be problematic during examination, or in this case, during a hearing. The case also serves as a reminder that Section 15(2)(a) states that the prior art base for a design includes ‘designs publicly used in Australia’. The meaning of this expression plainly differs from ‘available to the general public’. This means it is not in all cases necessary, for the use to be described as ‘public’ or ‘open’, such that a large number of persons have the opportunity to comprehend the design in question.

Finally, it is worthwhile reminding readers that there is no effective grace period to design registration applications in Australia. However, the ACIP has recommended introducing a grace period of six months before the filing date, together with a prior user defence as reported here. 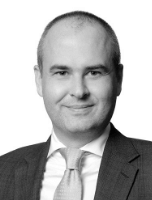 Adam has a decade of commercial research and development experience and is qualified in both electronic engineering and applied physics, having obtained dual Bachelor degrees with Honours from RMIT University.