The Federal Court has recently issued a decision in AGL Energy v Greenpeace Australia Pacific, holding that the use of another person’s logo for parody or satirical purposes does not constitute copyright or trade mark infringement, but only if that use is a ‘fair dealing’. This decision was the result of an urgent action brought by AGL against Greenpeace Australia in relation to an advertising campaign which used AGL’s corporate logo.

On 5 May 2021, Greenpeace launched a campaign about AGL, a major provider of energy services in Australia, across several media platforms. An example of their banner is shown below:

AGL made it clear that it did not seek to stop or prevent Greenpeace from engaging in such a campaign. What AGL did take issue with was Greenpeace’s use of a modified version of AGL’s logo  in their campaign, that combined the logo with the tagline, ‘Australia’s Greatest Liability’,  , which was a play on AGL’s initials.

AGL took action against Greenpeace on two main grounds under the Copyright Act 1968 (Cth) and the Trade Marks Act 1995 (Cth). AGL claimed that:

Greenpeace did not dispute AGL’s copyright and trade mark rights in relation to the AGL Logo. However, it denied both claims on the basis that:

Australia does not have a general ‘fair use’ defence like some other jurisdictions, but has a range of specific defences, each of which require an element of ‘fair dealing’. The central question that was considered by Burley J, was whether Greenpeace had a defence of ‘parody or satire’ against the copyright infringement claim. The overarching purpose of this defence was to promote freedom of speech by permitting the use of humour in the form of parody or satire. His Honour confirmed that there are two elements to making out this defence:

A dealing is ‘parody or satire’ if “…the impugned work is used ‘to expose, denounce or deride vice’, often in the context of a humorous or ridiculous juxtaposition” but whether a dealing is ‘fair’ is less clear and depends upon “…the nature of the work, the character of the impugned dealing, and the particular fair dealing purpose invoked” which in turn determines the factors to be considered.

Burley J was satisfied that it was clear most of Greenpeace’s campaign materials were for ‘parody or satire’ as the combination of the AGL Logo with the play on AGL’s initials, and the non-corporate taglines that mimicked AGL’s corporate look together with Greenpeace’s images and the phrase “Presented by Greenpeace” created a ‘ridiculous’ and ‘darkly humorous’ juxtaposition.

However, Burley J did not find there to be ‘parody or satire’ for some campaign materials, particularly a protest poster, some protest placards, and some social media materials.

For these campaign materials, Burley J further considered whether the defence of ‘criticism or review’ applied instead, but was not satisfied as these materials were critical of AGL as a company, not of the AGL Logo itself or of any other copyright work.

The more difficult question was whether Greenpeace’s campaign materials were a ‘fair dealing’. As Burley J asked: “Has Greenpeace crossed a line such that its dealing in the AGL Logo is unfair to AGL?”. His Honour answered, “In my view it has not…”.

His Honour found Greenpeace’s dealing to be ‘fair’ based on the following factors:

Burley J quickly dismissed AGL’s trade mark infringement claim on the basis that Greenpeace’s use of the Modified AGL Logo was not use as a trade mark as such use was for the purpose of identifying AGL for criticism or parody and not for identifying the trade origin of goods and/or services.

This case highlights the highly case-by-case nature of this defence and the lack of clear distinctions about what makes something a ‘parody’ or ‘satire’ or a ‘fair dealing’. The question of what is considered a ‘fair dealing’ must be considered in the context of the overarching purpose of promoting freedom of speech. This question has not been extensively tested in Australia, but this case certainly gives more direction as to how it should be determined in the context of the ‘parody or satire’ defence. 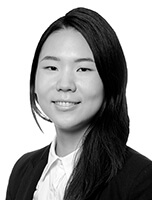