The teams propose a diverse range of solutions for upgrading the famously stable CO2 molecule. Some seek to entrap CO2 as metal carbonate in concrete or other materials useful in construction. Other approaches rely instead on renewable energy inputs to manufacture commodities such as methanol or hydrocarbon feedstocks, or high value specialities such as carbon nanomaterials, composites and bioplastics.

A government-administered prize scheme is proposed by some theorists as an alternative to monopoly rights under a patent system. However, the private XPRIZE Foundation does not limit the IP rights of contestants, and most rely on patent protection as part of their commercialisation strategy. The largest company in the competition, Carbon Cure from Canada, has at least 11 patent families underpinning its commercialised retrofit technology for CO2 curing of Portland cement. At the opposite end of the scalability spectrum, the US-based start-up C2CNT has a small patent portfolio related to the synthesis of tailored carbon nanotubes, via solarpowered electrolysis of CO2 in molten carbonate salts.

Paul Feron and Jim Patel from CSIRO Energy spoke to us about the Carbon XPRIZE, and more generally about current approaches to CO2 mitigation within CSIRO and beyond.

Paul emphasised the primary goal of CO2 mitigation technology: deployment at sufficient scale in order to limit global temperature increases to 2°C (ideally well below this). As such, his team remains focused on carbon capture and storage (CCS), which the IEA considers essential to meet Paris Agreement commitments. However, Paul acknowledges that “in CCS you capture CO2 and transport it to a storage location. This requires a sizable infrastructure – a big bottleneck as it means large up-front investments where there is not yet a market.”

Smaller-scale CCU projects – such as those competing for the XPRIZE – thus have a part to play, particularly when implemented at the CO2 source. However, it remains critical “to conduct an in-depth lifecycle analysis to ensure that you actually reduce CO2 emissions.” Paul commented favourably on CO2 mineralisation in concrete, as proposed by several XPRIZE finalists, as a means to indefinitely sequester significant quantities of carbon in a saleable product that can offset costs.

Paul is also excited about political developments in the United States, where a tax credit enacted this year provides USD$50 per ton of CO2 stored underground,
or USD$30 for CO2 utilised industrially. This meaningful incentive has provoked considerable renewed interest in CCS projects, and Paul is optimistic that CSIRO’s world leading CO2 capture technology will have a role to play. The CSIRO technology, based on a patented amine absorption system, has been successfully piloted at the AGL Loy Yang power station in the Latrobe Valley, Victoria.

One XPRIZE finalist, India’s Breathe, proposes catalytic conversion of CO2 to methanol using renewable hydrogen. Supporting this concept in principle, Paul and Jim both highlighted the potential of captured CO2 as an energy carrier and chemical feedstock in a future hydrogen economy. Hydrogen can be produced from renewable power via electrolysis of water, yet cannot readily be transported or converted to commodity chemicals as fossil fuels currently are. However, renewable hydrogen may be reacted with CO2 to form conventional chemicals and hydrocarbon fuels, but with a low carbon footprint. Jim noted that this is already technically viable, but reduced electrolysis costs and improved overall efficiencies are critical targets for success.

In the Australian context, our abundant solar and wind power generation potential far exceeds domestic electricity needs, and the government aims to nurture a renewable power export industry. CSIRO is pursuing various technologies to achieve this goal, via the multidisciplinary Future Science Platform on Hydrogen Energy Systems. Under this banner, Jim and Paul are collaborating on technology for hydrogenating captured CO2 emissions to produce methane, which could then be consumed or exported using existing pipelines and LNG infrastructure.

Mitigating the climate impact of carbon emissions in our atmosphere remains an enormous challenge, particularly given the current inadequacies of market incentives for CO2 storage and utilisation. Nevertheless, it is encouraging that private and government organisations, such as the XPRIZE Foundation and CSIRO, are seeking to unlock the technologies needed for a prosperous, low carbonemission future. 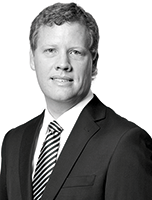 Matthew is a patent attorney specialising in the chemical sciences and related technology areas. He works with Australian and international clients to protect their inventions across a diverse range of technologies, including polymers, coatings and composites, electrochemical devices, catalysis, minerals processing, materials science, printing and oil and gas technologies. Matthew’s practice includes drafting of patent specifications for Australian universities, research organisations and corporates, and prosecution of local and international patent applications.