Home Inspired - The POF blogPatent sufficiency not tested by “undue…

The Full Federal Court has recently considered what level of disclosure is needed in a patent specification in order that it “describes the invention fully” as required by Section (40)(2)(a) of the Patents Act 1990, prior to being amended by the Intellectual Property Laws Amendment (Raising The Bar) Act 2012.

In Warner-Lambert Company LLC v Apotex Pty Limited (2) (2018) FCAFC 26, the patent in question concerned the use of analogues of glutamic acid and gamma-aminobutyric acid in pain therapy and included method of treatment claims and Swiss style claims. The primary judge found that the specification did meet the sufficiency threshold.  Apotex appealed that decision. In essence it argued that the specification did not provide any safe and effective doses and dosage regimes which the person skilled in the art could utilise for the purpose of treating a human patient in need of pain treatment. The only dosage information provided was in respect of administering the compound to rats.

The Court rejected the argument put by Apotex that the relevant test for sufficiency was whether performing the invention would place an “undue burden” on the reader in light of the level of information in the specification.  It said that introducing such a notion would expand the operation of Section (40)(2)(a) in a way not envisaged by the High Court in the Kimberly-Clark decision, the leading authority in the area. The Court accepted that in the case before it, the skilled person would need to apply considerable skill, effort and resources to determine effective and safe dosages in a human patient and that such work would be complex, time consuming and expensive. Nevertheless such work was still of a routine nature. The specification therefore met the specification criteria set out in Section (40)(2)(a). 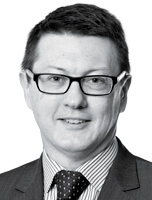