Home Inspired - The POF blogIP NewsKeep it Confidential: When conducting an…

In Fuchs Lubricants v Quaker Chemical[1] , the Full Federal Court has clarified which of the ancillary activities that might occur before, around or in conjunction with a public working of an invention for the purpose of reasonable trial, before the lodgement of a patent application can be ignored (and thus will not be damaging), when it comes to assessing the prior art base.

The Court has confirmed that the actual working of an invention, for example by way of a machine physically operating in a supervised trial, can be exempt from being considered as prior art. However, verbal or printed disclosures made before, or even at the same time, might not be particularly where it might have been possible to have ensured that the verbal or printed disclosures were made confidentially.

In this case, the patentee (Quaker) sued Fuchs for infringement of two patents, a standard patent and a certified innovation patent, both of which had an earliest priority date of 2 September 2011 and a filing date of 2 February 2012.  At first instance, the patents were found to be valid and infringed, but Fuchs appealed that decision essentially on the basis that the trial judge erred in finding that disclosures made by the inventor in late 2010 were exempt from consideration as prior art because they were instances of ‘reasonable trial’.  Fuchs argued that those disclosures (or aspects of them) went further than what should be considered as a ‘reasonable trial’ and thus should have destroyed the novelty of all claims in both patents.

The Full Court agreed with Fuchs and held that both patents were wholly invalid on the basis of a lack of novelty, due to non-confidential oral disclosures made by the inventor in the lead up to the ‘trials’.

Australian patent law provides two different forms of grace period for the filing of a patent application after the making of a non-confidential disclosure of an invention.

The second is also a grace period of 12 months but is narrower, only operating after the making of a non-confidential disclosure of specific types, one of which is a “working in public of the invention … for the purpose of reasonable trial” provided that “because of the nature of the invention, it is reasonably necessary for the working to be in public.”  To trigger the operation of this grace period it is acceptable to only have lodged a provisional patent application – a complete patent application is not necessary.

In the circumstances, the Full Court was asked by Fuchs to consider the nature of two separate non-confidential disclosures made by the inventor between 2 September 2010 and 2 February 2011.  If both qualified as reasonable trial, then the two Quaker patents would be valid and infringed.  If either of them did not qualify as reasonable trial, then the Quaker patents would be invalid and therefore not infringed.

The evidence revealed that the inventor’s first disclosure in about September 2010, to the operators of the Metropolitan Colliery in New South Wales, was the initial query to the mine operators about the possibility of testing the invention with mining equipment in a number of later trials.  This disclosure revealed the claimed method to the mine operators and did so without any implied or explicit confidentiality obligations.

The second disclosure in about November 2010 was a simulation of the inventive method in the carpark of the mine, but was not a trial conducted using any actual mining equipment.  The mine operators were still, at this point, determining whether there was enough in this method to warrant testing on actual mining equipment, which is what the inventor was proposing.  Again, there were no confidentiality obligations placed on the mine operators for the second disclosure.

Subsequently, the mine operators did go ahead with trials of the method starting in December 2010 with some minor mining equipment and leading up to an (ultimately successful) underground trial with in situ longwall equipment in May 2011.  However, the Court was comfortable that these activities either more squarely qualified as a reasonable trial under the relevant provisions and/or were trials that were conducted after 2 February 2011.

“… were too distant in time from May 2011 which involved longwall trials and such a context to be sensibly considered to be part of the working.  Now there was trialling on some equipment in December 2010 … But it could not sensibly be said that the first and second disclosures were part of such a working or that the relevant information was made publicly available through such a working.”

“Further it was not reasonably necessary that they be in public. They could easily have been subject to confidentiality constraints.”

The Full Court also pointed out that:

“… the first and second disclosures concerned no more than (the inventor’s) attempts to create interest in the method, with the hope that the Metropolitan mine might then take steps towards rigorous investigation and, potentially, implementation.”

The Full Court thus determined that the first and second disclosures were public disclosures of the claimed method which invalidated, for lack of novelty, both the standard and innovation patents.

The key lessons for prospective patent applicants are: 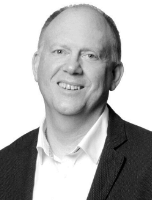 Greg is a chemical engineer and has worked as a patent attorney with Australian SMEs for more than 30 years. Greg’s broad range of engineering experience sees him active in a range of technologies, from mining, mineral processing and mechanical engineering, to general chemistry, surface coatings, optics and materials engineering. Greg also handles a broad range of trade mark work for his Australian clients.