A Melbourne restaurant owner recently found out the fine line between inspiration and copying or passing off. You may have recently read about Kanye West writing a cease and desist letter to a suburban Melbourne hamburger restaurant called “College Dropout Burgers”.

Mark Elkhouri had been inspired by Kanye and his music when setting up his hamburger shop, such that he took the name “College Dropout” from one of Kanye’s albums. However, Mr Elkhouri, a self-confessed Kanye fan, didn’t stop with the name of the store. He also used an image of a bear with a crown on the storefront which was a direct copy of the Kanye crowned bear featured on three of his albums, including The College Dropout. Further the menu included Kanye song and album inspired items, such as the “Gold Digger” (a fried chicken sandwich), the “Good Morning” (a breakfast sandwich) and the “Cheezus” (a cheeseburger). The store itself included a mural of Kanye West on the wall.

The letter requested amongst other things that College Dropout Burgers:

Mr Elkhouri, being a fan, agreed to the terms and is undergoing a process to pivot his restaurant from being an homage to Kanye to being inspired by other college dropouts such as Mark Zuckerberg, Brad Pitt and Steve Jobs.

Regardless of your view on the action that Kanye took, it raises some interesting copyright questions, namely:

The internet has created a world of photos, images and videos which are easily accessible and easy to reproduce. But just because you can, should you?

In the case of celebrity images, it is wise to exercise caution. Photographs may be the subject of copyright and any use of such an image without a licence may amount to copyright infringement.

There is no right to publicity or image rights in Australia which would give a celebrity grounds to control the use of their images, nor is there is a tort of invasion of privacy –In Australia a celebrity might rely on the common law tort of passing off and/or misleading and deceptive conduct under the Australian Consumer Law. Such a claim would need to show that the celebrity image is used in a manner which is likely to mislead or falsely represent to the general public that the celebrity has a commercial arrangement in place with a business, or is otherwise endorsing the business or its products.

Mr Elkhouri’s situation reminds us that even super fans aren’t immune to claims if their use of celebrity images and references to the works of the celebrity wrongly suggests that the celebrity has endorsed or supports the business, when they have not. 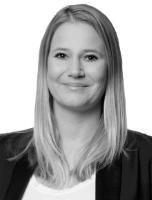