The Australian High Court has allowed Yvonne D’Arcy’s special leave application from the Full Federal Court decision in D’Arcy v Myriad Genetics Inc [2014] FCAFC 115. As a result, the patent claims directed to the gene BRCA1 (which has been found to exhibit particular mutations in women with an enhanced risk of developing breast and ovarian cancer) will be considered by the High Court sometime this year.

Today’s decision is important since it means the High Court will now decide once and for all if isolated genetic material is patentable subject matter (i.e. a ‘manner of manufacture’).  Of course, Australia has a research exemption from patent infringement (by virtue of Section 119C of the Patents Act), so irrespective of the High Court decision, this will have no impact on the ability of Australian medical researchers to do what they do best – research. 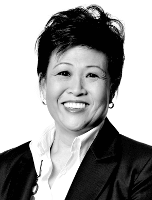 Debra has over 27 years’ experience in patents and trade marks. Her practice includes advising clients in the biotechnology, pharmaceutical, chemical and medical industries concentrating on management, protection and enforcement of intellectual property rights. This includes drafting of applications, prosecution and all aspects of litigation ensuring adequate protection for the client.