In D’Arcy v Myriad Genetics Inc [2014] FCAFC 115, five judges in the Full Federal Court of Australia have unanimously upheld a Federal Court decision that isolated nucleic acid such as isolated DNA and RNA is patentable subject matter in Australia.

From our initial review, the Full Federal Court decision sets out not only the scientific reasoning, but also briefly discusses how the decision relates to policy and the patent system. This is important for those with only a casual interest in the issue of ‘gene patents’ as it is frequently known:

This case is not about the wisdom of the patent system. It is about the application of Australian patent law, as set out in the Act and as developed by the courts since the Statute of Monopolies.

It is not about whether, for policy or moral or social reasons, patents for gene sequences should be excluded from patentability. That has been considered by the ALRC and by Parliament and has not occurred. It is not a matter for the court, but for Parliament to decide. Parliament has considered the question of the patentability of gene sequences and has chosen not to exclude them but to make amendments to the Act to address, in part, the balance between the benefits of the patent system and the incentive thereby created, and the restriction on, for example, subsequent research.

This case is about whether, under Australian law and the concept of patentable invention as discussed by the courts, in particular by the High Court in NRDC, the challenged claims of the patent are to patentable inventions, that is, whether they are properly the subject of letters patent. NRDC is not to be applied in a narrow sense. The principles of patentability as there discussed are principles which are apposite to the present case and with which, with respect, we fully agree. Questions of novelty and inventive step do not arise. Novelty has not been challenged and it is not in dispute that an inventive step was involved in the invention as claimed in the challenged claims.

In Australia, there is no statutory or jurisprudential limitation of patentability to exclude “products of nature”. To the contrary, the High Court has specifically rejected such an approach. A mere discovery is not patentable and an idea is not patentable, but a “manner of manufacture”, as that term has been developed, is.

The Court discussed the features of the claims (which were considered to be novel and involve an inventive step):

The Full Court viewed that the products (the subject of claim 1) are different to the gene comprising the nucleic acid sequence as it exists in nature, and the isolation of the nucleic acid also leads to an economically useful result – the treatment of breast and ovarian cancers.  It was considered that this is surely what was contemplated by a manner of new manufacture in the Statute of Monopolies. The Full Court concluded that the isolated nucleic acid, including cDNA, has resulted in an artificially created state of affairs for economic benefit, and is therefore patentable. 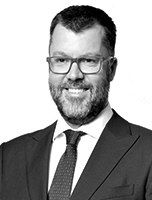