Overseas trade mark owners seeking to challenge an Australian trade mark application similar to their own will often need to rely on a claim to being the true owner of the mark in Australia. A number of recent decisions applying a more liberal interpretation of the requirement of ‘substantially identical’ under section 58 of the Trade Marks Act 1995 may make such a claim easier to establish.

The first hint of change to this strict approach was the High Court decision in E & J Gallo Winery v Lion Nathan Australia Pty Ltd (2010) HCA 15. Here, the word mark BAREFOOT itself was held to have been used despite it being accompanied by a stylised device of a bare foot. The bare foot device was considered an addition to the registered trade mark that did not substantially affect its identity. The test for use, while not exactly the same as that for ‘substantially identical’, is related. This decision came as a surprise to many Australian trade mark lawyers but it could be explained on the basis that the barefoot device was simply an illustration of the word BAREFOOT.

In two recent decisions, the Full Federal Court seems to have taken a broader approach to what constitutes ‘substantially identical’. In Accor Australia & New Zealand Hospitality Pty Ltd v Liv Pty Ltd (2017) FCAFC 56, it was held that the word mark HARBOUR LIGHTS had been used by use of the logo, seen on the following page. This was because either the five stars were not a device or, even if they were, they were an addition that did not substantially affect the identity of the words HARBOUR LIGHTS. The Court dismissed the words A NEW STAR SHINES at the bottom of the logo as being so small as to be de minimis.

Liv Pty Ltd appealed to the High Court on this point, arguing that the E & J Gallo case was wrongly decided, and/or that the case was being taken too far so as to allow pictorial elements in logo trade marks to be disregarded too easily. The High Court rejected Liv’s application, saying its prospects of success were poor.

This decision also surprised many Australian trade mark lawyers. The Full Court emphasised that the comparison between the two marks must assess the essential elements of each mark or their “dominant cognitive cues”. In this case, those cues were a circular device evoking an eye to the left of the word ‘Insight’. In comparing the two marks, the differences between them were considered slight and the descriptive words ‘Clinical Imaging’ and ‘radiology’ were disregarded.

The decisions in Accor v Liv and Pham have been raised in several trade mark oppositions, including Juno Pharmaceuticals Inc v Juno Therapeutics Inc [2017] ATMO 160, where it was stated that Pham did not change the test for substantially identical “in any significant manner”.

Whether these decisions will result in a change in how the Trade Marks Office applies the test remains to be seen. However, it may mean that some oppositions on the basis of prior trade mark ownership by an overseas trader may have greater prospects of success. 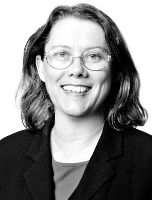