A recent Full Federal Court decision has discussed the meaning of the term “staple commercial product” within the context of patent infringement by supply of an essential oil to customers.

The infringement case was based on s117 of the Patents Act 1990, which states that if the use of a product by a person would infringe a patent, then the supply of that product by one person to another is an infringement of the patent by the supplier, as long as it can be shown that the recipient would use the product in a way that would infringe the patent.  The primary judge had found the essential oils are a “staple commercial product”, meaning that for supply of such products be an infringement under s117, they must be supplied with instructions or inducement to use the product in a way that would infringe the claim.  Some respondents had supplied the essential oil to customers with marketing material which suggested the oil is useful in treating conditions within the scope of the method of treatment claims, which was considered a sufficient inducement to the customer to use the oil in a way that would infringe that patent.

There is no precise definition of staple commercial product within the Act although it is generally taken to mean commercially available, raw materials that can be applied to a variety of uses.  On appeal, the Full Court confirmed that Kunzea ambigua essential oil is indeed a staple commercial product, on the basis that it is a raw material that is supplied commercially for a variety of possible uses, including both therapeutic and non-therapeutic uses outside the scope of the patent.  The findings of the primary judge were upheld and the appeal was dismissed.

This decision provides further clarity on how infringement by supply under s117 of the Patents Act applies to method of treatment claims where the product is a staple commercial product. 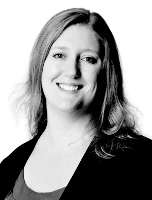 Annabella is a patent attorney specialising in the chemical sciences. She has drafting experience in pharmaceuticals, drug delivery, food chemistry, materials science and mining chemistry.