COVID-19 has affected many aspects of conventional life and business and the European Patent Office (EPO) is no exception as social distancing requirements have recently resulted in a decision that all Oral Proceedings before the EPO’s examining divisions are to be held via video conference (VC). While VC facilities have been available to the EPO for more than 20 years, the vast majority of oral proceedings during examination have been held in person at one of the EPO branches in Munich, The Hague, or Berlin. More radically, the EPO have initiated a pilot project to assess the suitability of VC for opposition division oral proceedings which will run from 4 May 2020 until 30 April 2021.

These are interesting developments for Australian applicants of European patent applications for obvious cost savings where representatives no longer incur travel expenses in attending oral proceedings, but more excitingly, for the opportunity to join the VC proceedings, particularly where the EPO agree to schedule an early morning VC.

A party, their representatives, and any accompanying persons can join the oral proceedings held by VC from different locations as long as this does not have an impact on the stability of the VC connection. As oral proceedings in opposition proceedings are public, the VC will be streamed in a dedicated room on the premises of the EPO, or where prior notice is given, interested members of the public will be provided with a link for connecting to the VC.

Written submissions during the oral proceedings are to be made by email, or exceptionally by fax, and will be transmitted to the other parties by email. Screen sharing will be allowed on consent, but items displayed in that way will not be considered as a submitted document.

The decisions are accessible here:
Decision of the President of the EPO dated 14 April 2020 concerning the pilot project for oral proceedings by videoconference before opposition divisions.

Decision of the President of the EPO dated 1 April 2020 concerning oral proceedings by videoconference before examining divisions. 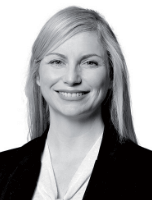